Preface to ‘Echoing the Mystery’

“It was a seven mile walk to Emmaus“ (c.f. Lk 24:13). As the two men journeyed from Jerusalem to Emmaus, they were accompanied by the Risen Christ. Even though they were present and could give a firsthand account of all that had taken place in Jerusalem , they did not recognize Jesus until the Eucharistic moment – “the breaking of the bread”.

The paradigm of the Emmaus journey reflects the Christian life but most especially the life of anyone who bears the title of “catechist.” It certainly manifests the seven-decade journey in the field of catechetics for Professor Barbara Morgan. Her desire to understand and echo down the marvelous works of God began at the age of fourteen when she assisted her catechist in instructing children on the local Native American reservation.  One could say this was the beginning of her contemplating the question that would be the theme of her life’s work – “What needs to be taught?” Or to put it differently, “what are the keys to each doctrine that need to be grasped in order to unlock all God has revealed?”

For the span of her career, Barbara, prompted by the needs of the catechists she led, continued to ask this question. In time, a systematic pattern for analyzing the truths of the Faith emerged. For each doctrine, there were keys the catechist needed to grasp in order to unlock understanding of all that God revealed. In order to know “what to teach,” the catechist had to first immerse himself or herself in the mysteries— the doctrines. These keys unlocked the mystery for the catechist.

In the 1990s, Barbara’s work in catechetics was bearing fruit in the lives of those giving and receiving instruction. Father Michael Scanlon, T.O.R., took notice and boldly tapped her to found the catechetics program at Franciscan University of Steubenville. Father Scanlon knew she had a contemplative heart, a God-given gift for teaching, and a passion for this important field in the Church. The Church needed an approach to catechist training that would effectively amount to “pouring new wine into fresh wineskins.” As I sat in the first class she taught at the University, “Scripture, the Heart of Catechesis,” I was immediately struck by her passion, humility and her approach of demonstrating how Scripture drives doctrine.

It was distinctively clear that the catechist had to first experience his/her own “Emmaus journey”— to walk the rugged path with Christ and listen to Him as He reveals the marvelous works of His Father. This encounter must touch and inform both of the faculties of the soul— the intellect in knowing Him in Scripture and “in the breaking of the bread” and the will in freely choosing to respond in love. The words of the disciples after their Eucharistic encounter, “Were not our hearts burning [within us] while He spoke to us on the way and opened the Scriptures to us?” (Lk 24:32) captures the attitude and awe every catechist should experience.

The release of The Catechism of the Catholic Church in 1994 was a pivotal moment in further developing this approach of identifying keys to unlock each doctrine. Its structure based on the four pillars [1] of Acts 2:42 and emphasis on the organic unity of the Deposit of Faith reaffirmed the logic of the method.

As the foundations of the future Catechetical Institute were being laid, others in the field of catechetics noticed the “new wineskin” emerging at Franciscan University. Its dynamic orthodoxy attracted many people and students were eager to learn how to transmit the faith with love and confidence. As cardinals, bishops, priests, religious, and others passed through Franciscan University, Barbara would enter into discussions with them about the keys to the doctrines. In fact, Christoph Cardinal Schönborn, O.P., invited her to Austria to spend a few days discussing the logic and method behind her approach. Enthused and encouraged, Barbara pursued her work on “the keys.”

To allow Barbara to move forward in writing on her system of doctrinal analysis, the University hired Mr. Ron Bolster to assist her in the necessary research. Joined by Sr. M. Johanna Paruch, F.S.G.M., Barbara continued to form numerous catechetical leaders and consult with dioceses nationwide in advancing their catechist training programs. After a year of intense and highly essential labor on the foundations of the keys, Mr. Bolster moved on to employ them in diocesan-level catechetical ministry. He proved irreplaceable. Barbara’s work on writing came to a stand-still for years. The responsibilities and tasks of establishing and administering a nascent program prevented her from completing the work.

As she reached retirement, it was only natural to hand the reigns of the Catechetics Program to Mr. Bolster, newly-hired as faculty, and who had grasped the vision for the program. Traces of this approach can be seen in the work of catechists who have graduated from the program, and its fruit is indisputable.

Retirement led Barbara to her roots in Ann Arbor, Michigan, where she continued to be active in what she loves— teaching catechists how to convincingly “echo down” the faith. Providently, her grandchildren attended our school, Spiritus Sanctus Academy, and her beloved graduate assistant, Sr. Elizabeth Ann O’Reilly, O.P., had entered our community, the Dominican Sisters of Mary, Mother of the Eucharist.  Barbara graciously accepted our invitation to instruct our Sisters in catechetics. The Sisters enthusiastically received her instruction, and it became evident that we needed to preserve the institutional knowledge that Barbara had gained through her seventy years in the field of catechetics. Mother Assumpta Long, O.P., and Barbara Morgan shared a mutual respect and admiration for the work of Msgr. Eugene Kevane, who had founded the Notre Dame Catechetical Institute. This friendship solidified the mutual trust and commitment needed to undertake this endeavor.

Over a ten-year period, the initiative had many stops and starts. Chronic illness and suffering had Barbara on the threshold of death several times, and she became physically unable to write. Yet, each time her health improved, she would begin with renewed vigor and clarity. During this time, she volunteered as the Director of Religious Education for Christ the King Parish and instructed the catechists in the local area.  Several people devoted countless hours to transcribing and organizing content from her lectures, including Jennifer Thomm, Marin Hasey, and Stephanie Giba.

In 2016, Sr. Athanasius Munroe, O.P., was available to assist me in a variety of catechetical projects. Sister received her degree from Franciscan University’s Catechetical Institute and has a fundamental understanding of the craft of catechesis. Recognizing Sister’s talents and the ability to listen attentively, it became evident that she would be able to work with Barbara. Mother Assumpta graciously agreed to let Sister devote her time and work toward completing this approach. Over a two-year period, Sister would spend hours with Barbara listening and composing the content of each key. The Holy Spirit brings unity, and, through their harmonious working relationship, the articulation of the keys for each doctrine came to fruition.

Indeed, Echoing the Mystery: Unlocking the Deposit of Faith in Catechesis is the magnum opus of a woman who spent her life walking with Jesus, listening as He explained to her all that has happened in God’s loving plan. She has known Him intimately in her suffering and most especially in the “breaking of the bread.” Her heart has burned within her as she has spent herself in loving service to draw all souls to Him.

It is an honor and privilege for us, the Dominican Sisters of Mary, Mother of the Eucharist, to have been entrusted with this work. It is the “new wine” to be poured into the “new wineskin” of catechesis, which draws the catechist into knowing, understanding, and living God’s loving plan of salvation (Eph. 1:3-14). It is to this that we must bear witness with a burning heart, “echoing down” the marvelous mysteries of the Triune God.

[1] The Profession of Faith, the Sacraments, the moral life, and Christian prayer directly correspond to the four prominent facets of life in the Apostolic Church: the teaching of the Apostles, the communal life, the breaking of the bread, and the prayers. 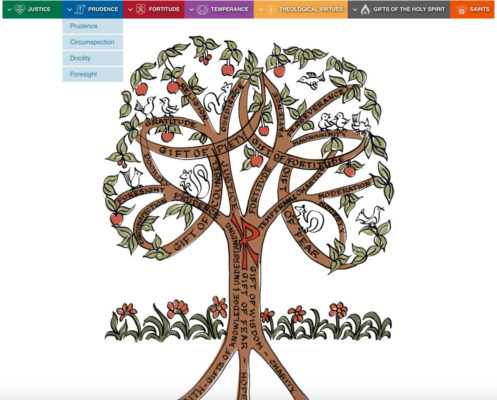 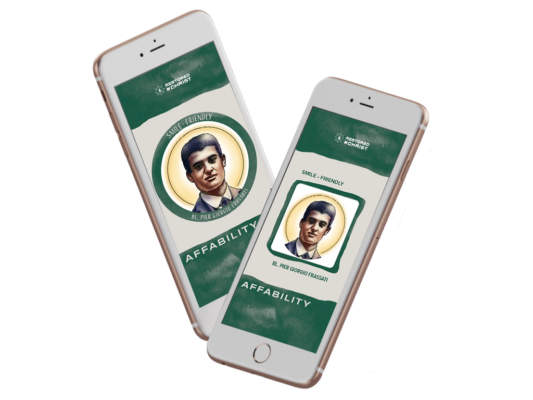